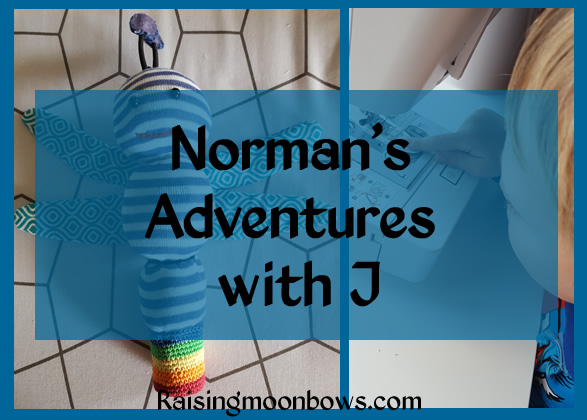 As the summer holidays are upon us, I would like to introduce a new blogging pair. J and his little buddy Norman. Norman’s adventures with J.

Over the past year, J’s creative writing has improved so much, and I was trying to work out ways to help continue this over the summer break. Then he mentioned that he wanted to blog with me, (he likes doing the same thing as mummy) and the idea came to me. J and I would create a little adventure buddy together, and then he could write about their adventures.

We had to decide what his little buddy would be, and after I made Ro a butterfly doll, he wanted a dragonfly. We had already made a quick dragonfly called Felix together, and this one would be Felix’s brother.  Now he has to come up with a name for him (J had already decided that his buddy would be a boy). In the car doing the school run, J came up with the name Norman. I suspect it had something to do with a street name we were passing.

This weekend Norman was was made, J designed how he should look, picked out materials for him to be made from and helped make him. He called the stuffing cloud, to help him fly, and we made and put in a little heart. 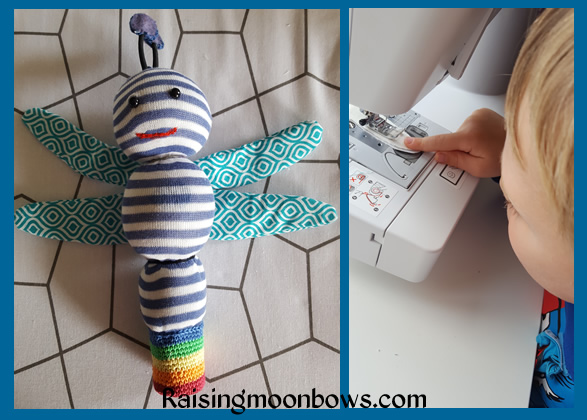 J is going to write his posts, it is going to be his words, his story.  Sometimes it might be one paragraph, sometimes longer with the magic of a child’s imagination thrown in. I can’t wait to see the stories that come from a trip to the park or even the supermarket. He will also be taking his own pictures of Norman out and about.

I hope you and your kids will enjoy following the Adventures of Norman with J, through a 6 year old’s eyes. I have a very excited little boy waiting to start blogging.